In this lesson series, we’ll create a representational drawing of a Blue Jay on PastelMat paper with Faber-Castell's Polychromos colored pencils.

In lesson one, we'll review the materials used for this lesson series.

Lesson 2 - Background and the Head

In lesson two, we'll transfer the photo reference to the drawing surface and develop the background with PanPastels. We'll then begin colored pencil applications, starting with the head.

In lesson three, we'll develop the upper body of the Blue Jay. We'll layer multiple applications to build up the texture and create complexity in the color.

Lesson 5 - The Talon and the Branch

In lesson five, we'll complete the drawing by addressing the remaining feathers, the talon, and the branch. 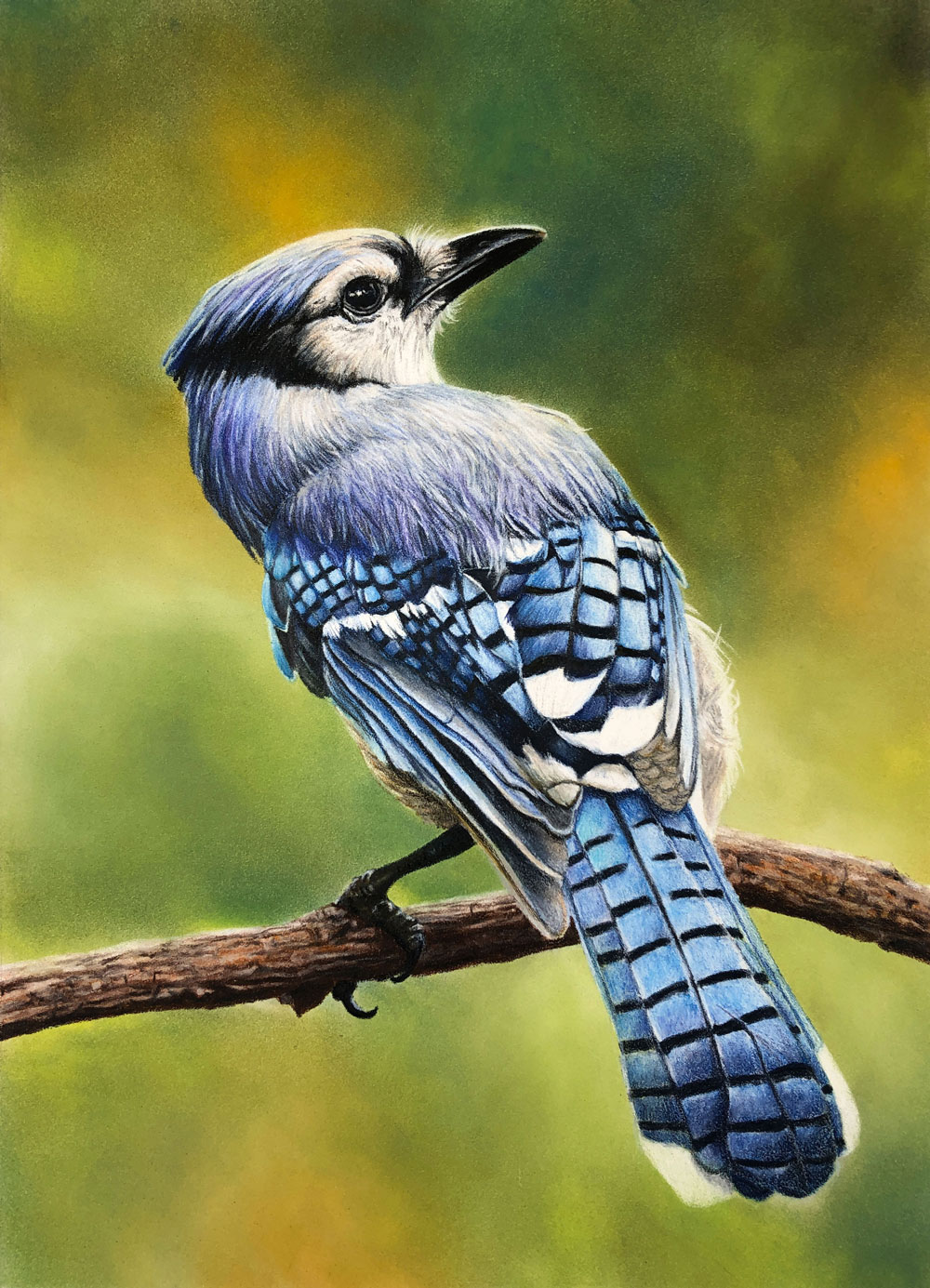 Distributing any content downloaded from this site is strictly prohibited and against the terms and conditions of use.

Learn from ALL of our lessons.
Members get every course, live lesson, ebook, critique and lesson plan.
START YOUR TRIAL

Add to the discussion... Cancel reply