How to Draw Waves with Chalk Pastels

by Matt Fussell in Pastels

No artist's repertoire would complete without the ability to draw waves. Ocean waves can indeed be quite tricky to draw.  This is due, in part for the fact that the ocean is always moving.  After all, it's hard to draw a moving target.

But armed with a photo reference and a basic understanding of how to create the illusion of water, an artist can draw waves relatively easily.

The real secret in drawing waves lies in realizing that you are creating an illusion.  Placing the values and colors in right locations will fool the viewer into believing that they are seeing waves.  This effect can only be achieved by closely observing the subject matter.  After close observation, one can determine the directional lines that are needed as well as the values, colors, and so on.

Here, I'll impart to you what I have learned about drawing waves and hopefully some of these tips will help you out.

Here's a look at the completed image that we'll be analyzing.

For this image, I used soft chalk pastels on toned brown paper.

The first thing you'll want to consider is the order in which you will draw your subject.  The medium that you choose will play into this.  For example, in this tutorial I'm using chalk or soft pastels.  For this medium, I'll want to work from the background to the middleground, and handle the foreground last.  Pastels allow the artist to layer the colors in a similar manner to painting.  So, the middleground and foreground can be developed over the completed background.

Secondly, it is important to create a full range of value in your drawing.  Value is defined as the darkness and lightness of a color and plays an important role in how we see things.  For example, in the following image, I have removed all of the color in the drawing to leave only the values...

As you can see, the drawing still clearly translates as waves.  This is because the values are accurate to the photo reference that I am using.

Directional lines are also essential.  In the case of waves, strong diagonal lines will contrast with horizontal lines.  These types of lines are specifically called cross contour lines.  You can learn more about them here.

The following image highlights the use of cross contour lines in this drawing...

Notice how the application of your medium needs to be tailored to the cross contour lines inherent in the subject.

How to Draw a Sunset with Pastels 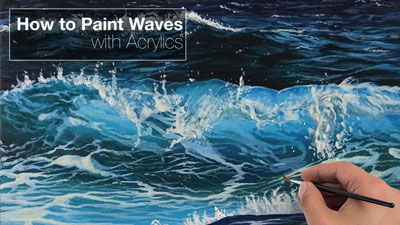 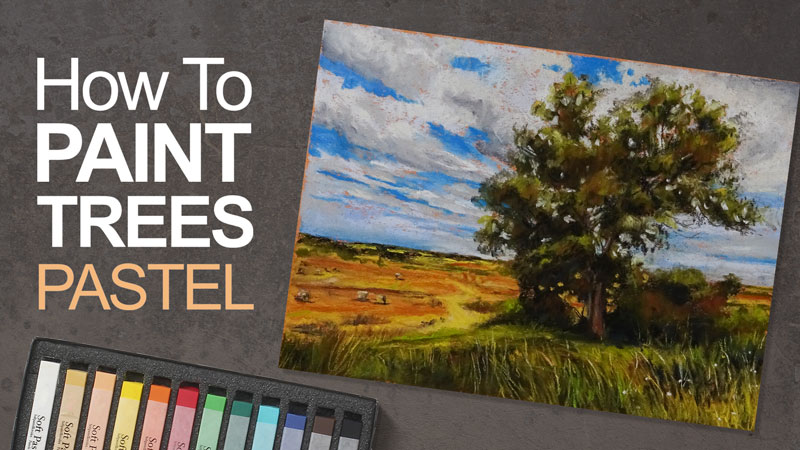 How to Paint Trees with Pastels