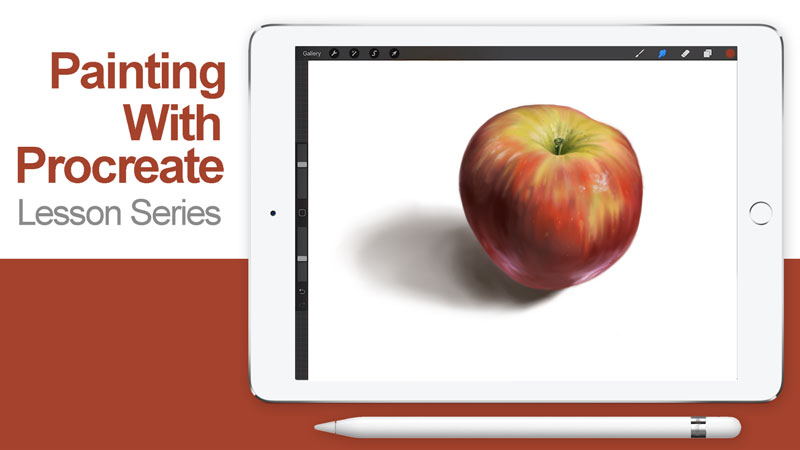 Join us as we take a look at the drawing and painting app "Procreate" on the iPad Pro. Using the Apple Pencil, we develop a painting of an apple using one of the brushes available in the app along with the smudge tool.

MATERIALS FOR THIS SERIES: